The following was posted on August 30th, 2014 at our friend and colleague, Boz Tchividjian’s blog, “Rhymes With Religion”. Boz has been a consistent advocate for children from his time as a prosecutor to his current position as the founder of GRACE (Godly Response to Abuse in the Christian Environment),

Being a grandson of Billy Graham, one would reasonably assume the work he does would be welcomed at churches, especially Southern Baptist, whose numbers are an approximate 15.75 million among 46,000 congregations.

We are learning, quite tragically, most churches only do the work of eradicating sexual predators in their midst when forced to do so. And even then, seldom to never is there any acceptance of responsibility or “heaven” forbid an actual apology to the victims and their families. Even more egregious are the few times a conviction for sex crimes against a child are secured.

Thankfully there are groups like GRACE, SharedHope, Together We Heal and others doing what we would all expect and should demand of the Church – protect children and care for those who’ve fallen victim to this most heinous of crimes. But until that occurs, we will continue to do the work. Our children are worthy of and owed protection; and survivors of the trauma of childhood sexual abuse deserve to be cared for and shown compassion and love.

Thank you Boz and thank you SharedHope for the work you do to advocate for all children and those already harmed by the wickedness of sexual predators and those who protect and defend the indefensible.

In the past few years, a there has been a growing interest amongst many Americans in raising awareness and combatting the international commercial sexual exploitation of children. This is when an adult solicits or engages in a sexual act with a child in exchange for something of value. Many incredible individuals and organizations are focusing on this global horror and are beginning to make a real difference in the lives of untold numbers of vulnerable children around the world. Only recently are our eyes beginning to open to the ugly fact that this evil also permeates in the small towns and big cities of this nation. This has been clearly evidenced in a report released this past week by SharedHope, a Christian organization that is combating sex trafficking and serving abuse survivors. The Demanding Justice Report is one of the first comprehensive studies of its kind that examines the domestic commercial sexual exploitation of children. The heartbreaking and eye-opening findings of this study are a loud call to action to every American. Especially to those of us who call ourselves Christ followers.

Everyone should take the time to read this report. In this short post, I want to highlight just a small sample of its findings and what they mean for those of us who are a part of a faith community:

Who are the buyers? The age of those who commit these sexual offenses against children ranged from 18-89 years of age, with the average age being 42. Ninety-nine percent of these offenders were male. In the cases where the profession of the perpetrator was available, over 65 percent were in professions of authority such as attorneys, police officers, and ministers. Fifty-six percent were identified as working in occupations that had regular access to children, including teachers, coaches, and youth service organizations.

Who are the victims? Of the cases studied, almost 80 percent of the child victims were female. Approximately 10 percent of the victims were under the age of eleven, while almost 42 percent were between the ages of 11 and 15. The rest were between the ages of 16 and 18. In at least five of the cases reviewed during this study, children who were abused were actually charged with prostitution! Surprisingly, in only a small number of the cases were the young victims identified as being a runaway.

How do perpetrators access the child victims? The study found that the most common way those who engage in the commercial sexual exploitation of children access their prey is through direct contact in person, via text message, email, or phone. In almost 50 percent of the studied cases, the perpetrator was given access to the child through a third party such as a parent, older sibling, or a pimp.

What happens to buyers who get caught? This report studied four large urban locations and identified 134 cases of commercial sexual exploitation of children offenses. Of those cases, 118 were officially prosecuted.

Unfortunately, only 44 of those prosecuted cases resulted in convictions for offenses related to the commercial sexual exploitation of children. For example, 38 of the perpetrators arrested for paying to engage in sexual contact with a child were only convicted of a prostitution solicitation offense!

What does our society communicate to child sexual abuse offenders when they get caught and only get charged with a prostitution related offense? Even worse, what are we communicating to precious children when they learn that the adult who violated them merely got convicted of soliciting a prostitute?

Only five percent of the 118 prosecuted cases resulted in the defendant receiving a sentence that included incarceration. This means that 95 percent of the buyers who were prosecuted for some form of commercial sexual exploitation of a child never served a day behind bars!

This past week, I have spent a bit of time struggling with what these extremely disturbing results mean to those of us who identify ourselves as Christians? Though I am still struggling, here are just a few of my initial thoughts that I’d like to share:

We often think of the commercial sexual exploitation of children being perpetrated by large organized trafficking rings upon children who are almost exclusively runaways. Though that is tragically true in way too many cases, this report seems to indicate that this abuse is being perpetrated by the adults in our community that we least expect upon children that we so often assume are not at risk. This report opens our eyes to the grave reality that the commercial sexual exploitation of children has no boundaries. All children are at risk.

There is little doubt that those who will pay money to sexually victimize a child are not limited to just those whom they pay to abuse. For every lawyer, doctor, coach, teacher, or pastor who is paying for sexual contact with a child, one can only wonder how many are doing so without the need to pay anything. This tells me that the prevalence of this heinous crime is far greater than we can determine. Furthermore, this study reminds us of how it is very common for perpetrators to intentionally seek out professions of trust and that most make direct contact with their victims in person, or using some form of technology. Do we truly grasp these alarming realities about dangerous adults who are members of our faith communities? If so, what if anything is the Church going to do about it? Aren’t we the Church?

This report confirms the horror that no age is off limits to those who sexually assault children. We are also exposed to the lesser-known horror that a large number of these child victims are being delivered into the hands of offenders by their very own family members. Do we truly grasp these dark realities about the precious child victims who are members of our faith communities? Should we not be equally concerned about the children who are outside of our faith communities? If so, what if anything is the Church going to do about it? Aren’t we the Church?

As a former prosecutor, I was extremely bothered to learn that so few offenders are sent to prison for raping children in exchange for money. What does it say about a culture when an adult who pays to sexually victimize a child is only charged with prostitution solicitation? What does it say about a culture that actually prosecutes sexually victimized children as prostitutes? Do we truly grasp these dark realities that demonstrate such little concern about those who sexually exploit children? If so, what if anything is the Church going to do about it? Aren’t we the Church?

Questions are a certainly a good starting point. However, simply asking questions isn’t enough. It’s too easy for many of us to feel like we have sufficiently responded to these dark realities by simply asking tough questions. In my experience, questions that are not followed up by actions are nothing more than indifference hiding behind a pretty mask. As Christians, we embrace a different reality. A reality about a God who doesn’t simply respond to the dark realities with questions. He actually poured himself out to the point of death in order to bring light to that darkness. That is the beautiful redemption story. Our response to this mind-blowing truth is to follow Jesus into the dark realities as we pour our own lives out in actions that will make a difference. Actions that expose the dark deeds of offenders, protect and serve children, and help to transform a culture that all too often protects those who must be punished and punishes those who must be protected.

May each question propel us forward into action. It’s time to get moving.

This article can be viewed at its original location here: 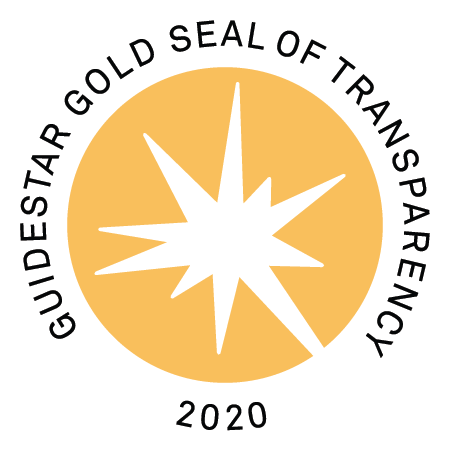