Thank you to all of our friends and family who offered houses, rooms and sofa’s during Hurricane Irma. Fortunately, we were able to find a hotel near enough to the state line which allowed us to return once the storm had passed.

We’ve been back for over a week now, but needed a few days to get storm shutters opened, brush cleared and utilities up to speed. Other than some branches to put on the curb and few shingles to replace this weekend, we were one of the fortunate ones that didn’t have any real damage. Many others throughout Florida, Georgia and obviously the Caribbean were not so lucky.

Please help those you can when you can. Just as Together We Heal could not do what it does without your generosity, so too are those trying to rebuild their lives in need. Whether it’s a $10 donation to the Red Cross or a case of water, whatever you give will be appreciated by those who need it most!

I am currently getting caught up on emails and website responses. Please know if you’ve reached out over the last few weeks, we WILL be in touch very soon. Don’t think you aren’t important or that we aren’t here for you. It might even be a brief, “we got your email and will be in touch soon” type of contact, so be on the lookout!

Thank you for your patience and understanding.

Executive Director, Together We Heal

It appears that Hurricane Irma is headed to our state and places us within the famous “cone”. Since this storm is stronger than Matthew was last year, we are not going to be able to stay and weather it out. Because of the preparation needed and the travel before and after the storm, Together We Heal will not be able to respond over the next week or so to any immediate needs. I promise to get back online and responding to any emails, phone calls, etc., ASAP!

Please keep our region in your thoughts as many people will be in need just as they are in Houston. Whereas the storm in Texas was a flood event, this one will be a wind and storm surge impact and just as potentially destructive and deadly.

We will post again the moment we are back and operational.

September is Childhood Sexual Abuse Survivor Awareness Month. So it’s appropriate that I tell you about a recently published book I believe is a must-read. Anyone who has read this blog knows I am not a pitch-man for any product, but when we come across a great resource we let know about it. This book is one we consider essential.

The book is titled, Child Safeguarding Policy Guide for Churches and Ministries, and it was written by Basyle Tchividjian and Shira Berkovits. I tell you the authors names because I know one of them personally and have worked with him professionally. The importance of that information is so you will know what I know; that he is dedicated to protecting children and helping those who have been harmed by sexual predators.

If you are person of faith, have a position of responsibility within your local church or have a ministry of any kind or size, you need to read this book. It will provide you a foundation to better protect those most vulnerable within your care, the children.

This is not just some online checklist of “things you should or should not do”. This is a comprehensive resource that covers just about anything you can think of, and some things you aren’t even aware you should know.

Whether you have already developed a child safeguarding policy and are looking to find additional resources to update your knowledge base or you need to start from the beginning and build it from the ground up. This book covers the spectrum from understanding what abuse is, the indicators of abuse and those who harm children, all the way through developing best practices, how to properly respond to abuse and training those within a ministry.

I have read this book from cover to cover and I can tell you, from a survivor’s perspective, this is what is needed for those within the church to use as a “bible” for better protecting kids. I don’t mean that as hyperbole, that comes from my heart.

Please pass this along! 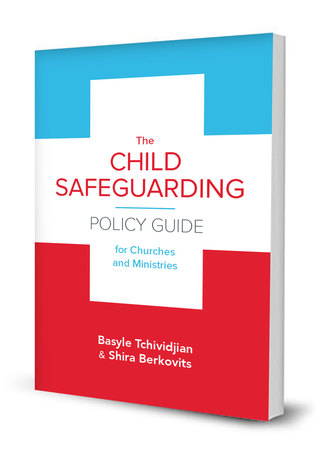 Mr. Einstein was of course talking about people, both within Germany and around the world, who knew of the atrocities being committed by the Nazi’s, but were saying and doing nothing.

Tragically, this can too easily be applied to childhood sexual abuse within the Church.

Of all the places children SHOULD feel most protected, we would think a place of worship and faith would be one. Instead, children can be just as likely to find sexual predators with a culture that protects the offenders and blames the victims.

With that in mind, let me ask some questions:

How much money would you spend to keep your children safe?

How much time is enough to learn what is necessary about abuse and those who would harm children?

How much effort/energy would you exert to save a child’s life?

The answers that come to all “normal”, rational people’s minds are easy, right? Any amount of money it takes! Whatever amount of time is needed! I would give anything and everything to save a child’s life!

But would you? Really??

I once met with a group of people, all who were people of faith, who seemingly spent more time asking me questions about how to get around protecting children. They asked what is “really” needed to protect children? What were the basics rather than all the details? They thought the statistics were exaggerated to get people to react. Thought that many on predator databases were made out to be worse than the crimes actually were.

Let me ask you this…what is your “price”?

Until I was about to drop dead from drug addiction, I was unwilling to say a word about the sexual abuse that I and others endured. Finally, I decided I wasn’t willing to pay that price for my silence any longer.

When I did come forward about the sexual abuse that occurred within the church, what I needed to hear was…we believe you, what can we do to keep this from happening again?

What I got was, “shut up, get over it, go away” and a perpetrator that wasn’t just allowed to assault more little boys, he was practically encouraged and definitely emboldened to do so by the church’s lack of action and silence.

With sexual abuse now coming to the forefront of society’s attention, I am scared…no I’m terrified, that churches run the risk of going off the tracks. Either by bunkering down in a CYA “we did all we could” mode with watered-down, so-called Christian checklists, that supposedly make a “ministry safe” for children. That churches will say, “Look, for a couple hundred dollars, we can make our church free of sexual predators by taking an online course.”

What about now? Still just as terrified? Most would say no. That’s what happens. Its human nature.

Today, because there are so many cases of sexual abuse being made public, and just as many people trying to nullify their impact, we can forget WHY we need to learn more and do more…because there are children who have been harmed beyond what most can imagine.

Sometimes it’s simply something that’s on my heart…this is one of those times.

Please don’t assume your faith community has done all it needs to protect the children under its care. Ask questions, demand they do more. Lead by example and be willing to do more, give more and pay ANY price to protect your children and help those who’ve been harmed.

Questions or Concerns @ CSA - Email us 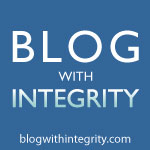 In addition to recapping my story of childhood sexual abuse (CSA), we discussed the correlation between CSA and drug addiction/substance abuse.

The foundation of her show is: Everyone experiences defeat, heartbreak, loss. Hear inspiring stories of perseverance from people who have found strength & hope in and through despair.

If you are a survivor of CSA, and/or have had or still struggle with substance abuse, or if you know someone who has been through this, please take a few moments to listen. My hope is that you find some information that will help you or someone you love.

Unlike the era I grew up in, times are different now. You WILL be believed, people WILL listen and help, healing and hope ARE available. All you have to do is reach out and we're here for you.

Together We Heal – David Pittman

In 2006 David took the first step in acknowledging the sexual abuse that was perpetrated against him from the ages of 12 to 15. During those 3 years, the foundation his family had worked so hard to build within him was destroyed by one man, his youth minister. The result was his heart, mind and faith were lost. After having kept this secret for more than 25 years, he was finally able to reveal to his family and friends the reason behind the addiction and self-destruction that at times had him incarcerated, eventually left him destitute and nearly ended his life. Fortunately he was blessed with amazing friends and a loving family who helped him get the help and therapy he so desperately needed. He was finally able to get clean from the grip of addiction and face the demon of sexual abuse that had clouded his life for so long. Now he and his wife work to aid their fellow survivors through the non-profit they created, Together We Heal. The mission of Together We Heal is to provide guidance for survivors of childhood sexual abuse, educating parents and all adults through public speaking on matters concerning Childhood Sexual Abuse and giving a safe forum for victims of abuse to share, learn and heal. "To the world you may be one person, but to one person you may be the world.” - Dr. Seuss Follow us on Twitter @Together_WeHeal "Like" us on Facebook - www.facebook.com/Togetherwehealorg Visit our website - together-we-heal.org

Out of Shadow and Ash, Spirit ascends and blazes Light.

The anonymous musings of one mom holding the hand of Christ while facing chronic illness and trying to help guide her family to healing from sexual abuse.

The life and times of a cult child